Flower of Sound is a wellness tech start up and identifies as a cross media project to create immersive experiences with a transformative effect.
Thanks to the immersive technologies we use, there are many possibilities to enhance the power of the sound especially in the wellbeing field. The whole auditory system is engaged and the effects are amplified when listening sound in this new way. We call this Active Listening
Web ServicesWork Examples

We use insights from sound healing, neuroscience and technology to amplify the feeling of wellbeing, reduce stress levels
and to reach more desired brain states and even altered states of consciousness.

Customers can relax themselves in our immersive experiences and therefore increase their feeling of well-being. 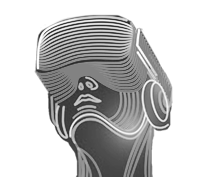 What if you could fully customize your meditative listening experience in Virtual Reality?
Controlling, mixing and placing any single element of a track in an immersive 3d environment?
From passive to active listening. 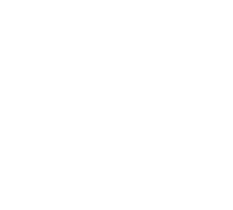 Humans have just two ears, but can locate sounds in three dimensions.This can bring out a deeper experience of the sound and benefits of the music. A silent concert in binaural uses these effects. 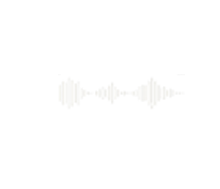 Feel yourself in the middle of the sound and become part of this immersive sound healing journey.

Thanks to the immersive technologies we use, there are many possibilities to enhance the power of the sound especially in the wellbeing field. The whole auditory system is engaged and the effects are amplified when listening sound in this new way. We call this Active Listening.

What is Active listening?

Active listening has two components. It is a conscious way to perceive sound and is a new auditory perception.

The conscious part is to be fully in the present moment with the sounds that are there and be fully aware of what you are listening too. This has a direct effect on your brainwaves and trains your ears to become more relaxed or focused. Especially if certain soundhealing techniques are applied in the sounds/music.

What does to the auditory perception?

The new auditory perception is to immerse yourself in sound. Thanks to technology and the transition from “normal” stereo to multidimensional audio also often called immersive or spatial sound. You perceive yourself in the sound. Simply put your brain thinks it is real. It is a different active way of listening and also it amplifies the effects of the sound.

Good to realise is that active listening is an “I” experience. It happens in your head. It is your individual experience and you hear the sounds inside your head not just outside your ears.

How does Flower of Sound offer active listening?

How to Active Listen?

How does Flower of Sound offer active listening?

The chant of the ancients
Steven Mithen

“It is now widely established that music with regular slow tempos, tied passages, sweet rhythms, predictable variations, simple sustained melodies, limited ventral pitches contribute to relaxation and can lead to a significant decrease in anxiety.
Through the use of this “sedative music”, doctors have been able to reduce the doses of anesthetics and other analgesics, while in turn the patients have been able to benefit from shorter periods of convalescence and have expressed a greater degree of satisfaction. 15 minutes of relaxing music lull the patient into a state of well-being such that it is necessary to use only 50% of the recommended doses of sedative and anesthetic drugs”

The human body is designed to be exquisitely sensitive to sound.
In utero, our ability to hear develops by about eighteen weeks, making it one of the earliest senses to develop.? By the end of the second trimester, research has shown that a fetus responds specifically to the sound of a mother’s voice and, once out in the world, babies demonstrate a continued preference for the maternal tone.° Doctors and hospice workers speculate that in the final moments of life, senses depart one at a time with hearing being the last to go–which is why were advised to keep talking to our loved ones all the way through to the end, even after it seems they are no longer cognizant. Hearing is, in this way, one of our first and last modes of connection.

Psychosis is a broad category that describes a separation from reality, caused by psychological disorder such schizophenia, medical conditions such a brain tumor or substance abuse.
Episodes of psychosis may include severe disruption to thoughts and emotions, experiences of hallucination.
A significant feature is that of “ auditory verbal hallucinations” during which an individual may perceive voices which seem to originate from the external environment around them, or as if inside their.
head.

Whilst these voices have no physical acoustic origin, they are perceived as if they are real, activating Herschl’s gyrum ( the auditory cortex ) the same area of the brain that is activated when real sounds are heard.

The Impact of Spatial Audio on Health and Wellbeing

The Impact of Spatial Audio on Health and Wellbeing

What does it all mean to our health and wellbeing?

From an oversimplified technical point of view, spatial audio is our attempt to recreate (from the 2D recordings or synthesized sound) that more fully dimensional listening experience that is natural to the development of how we hear and experience sound in the real world. Spatial is one solution to help fill in those missing gaps that leave our brains a bit less satisfied, if not stressed, tired and confused.

“There is something powerful to be explored at the intersection of virtual reality and health-tech.
Flower of Sound is a good example of that, with an app currently in beta designed for VR headsets like Meta’s Oculus Quests.
Its tagline is “Be the DJ of your own well-being”.

What that means is a meditation app using spatial audio, but with the listener playing a far more active role than simply sitting back and blissing out.
Here, users will be able to interact with the individual sounds and move them around their virtual environment.

Flower of Sound has already joined two schemes – the Jump European Music Market Accelerator and the Music Tech Europe Academy – to help as it prepares for launch.”

The hexagon is one of the building blocks of nature, representing many frequencies. It’s a geometric shape that is integrated in a lot of sacred geometry shapes. At Flower of Sound, we are very inspired by the hexagon — we have embedded it everywhere from our logo, to...
Read More

You probably have heard about the hype called 8D. Often it is a track that is produced in such a way when you listen it on your headphones you can hear the singers come from different directions. It is extremely cool and also when well done very nice to listen to. It...
Read More

The Power of Affirmations

We do a lot of self-talk. The constant chatter in our minds is constant. From “oh, I should not forget to buy this” or “my meeting did not go well”, “why am I am so forgetful?” to “I should have said that.” Underneath the obvious voice lie limiting beliefs about...
Read More

The Game Breathe! Robot brings an immersive experience of the single Breathe! Robot. Showing the impact of spatial audio and the possibilities this new way of listening has. In a fun and interactive way you can experience when you move through the game. The game is build in WebGL making it possible to play in a web browser (firefox, chrome ).

What is Flower of Sound?

We create virtual and physically appealing environments that enhance the effects of sound and light so it functions as a healing modality. We use our own experiences as musicians, producers and sound healers as well as evidence-based insights from neuroscience, technology and sound therapy to help you reach altered states of consciousness, giving you access to a deeper feeling of well-being. Our dream is to create digital medicine pills so you know exactly what to listen to when, and with what effect.

A new revolution is happening within the audio and music world. It is called immersive sound or spatial audio. This way of experiencing sound opens up Pandora’s box of possibilities. And we are just at the beginning. If you like...
Read More

Collateral Nature videoclip of the single Breathe! Robot. You can watch it here:
Read More 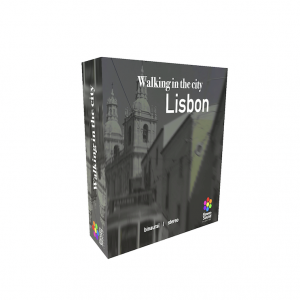 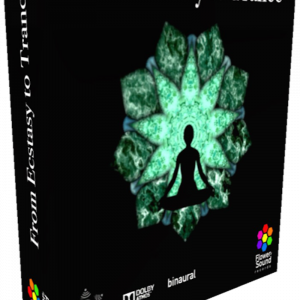 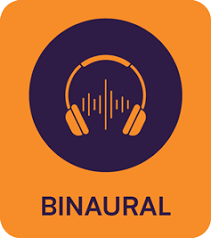 From Ecstasy to Trance online experience
€25.00

From ecstasy to trance made/changed my day. Keep up the great work and me posted on real live events!

Miguel Gutierres (Advisor to the board Portuguese Business)

The “From Ecstasy to Trance” performance by Flower of Sound at the end of Most Wanted: Music conference really took me on journey through sound and helped me to immersive myself in music to calm down after a day full excitements and recharge my batteries.

This was a wonderful experience.
Thank you and keep up the good work! 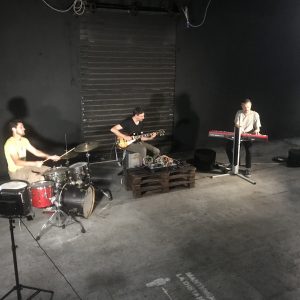 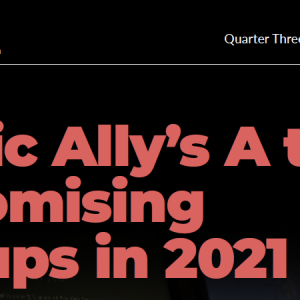 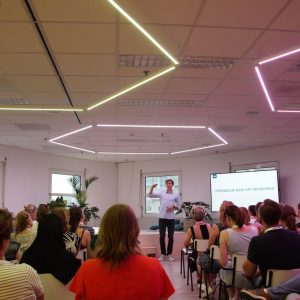 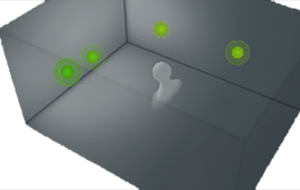 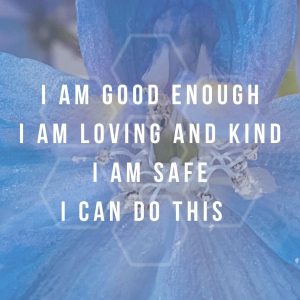 The Power of Affirmations 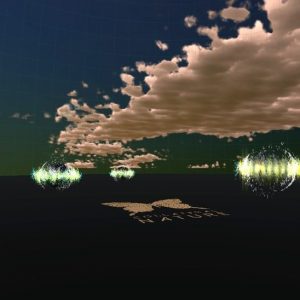 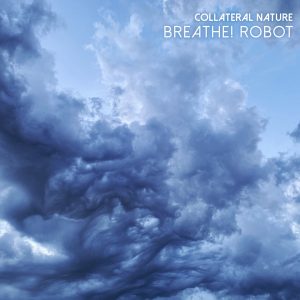 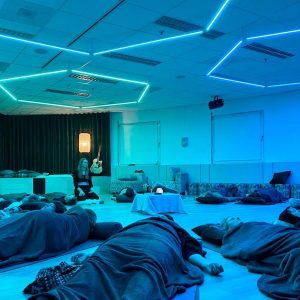 What is Flower of Sound? 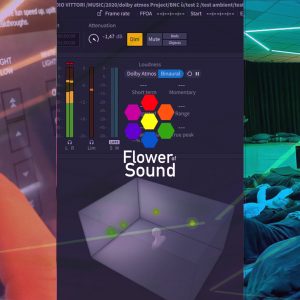 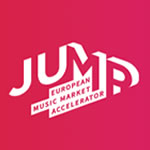 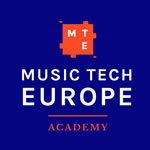